​H1B reform Bill introduced in US House of Representatives

A legislation has been introduced in the US House of Representatives, which among other things calls for more than doubling the minimum salary of H1B visa holders to $130,000, making it difficult for firms to use the programme to replace American employees with foreign workers, including from India.

The High-Skilled Integrity and Fairness Act of 2017 introduced by California Congressman Zoe Lofgren prioritises market-based allocation of visas to those companies willing to pay 200% of a wage calculated by survey, eliminates the category of lowest pay, and raises the salary level at which H1B dependent employer are exempt from non-displacement and recruitment attestation requirements to greater than $130,000.

This is more than double of the current H1B minimum wage of $60,000 which was established in 1989 and since then has remained unchanged.

"My legislation refocuses the H1B programme to its original intent – to seek out and find the best and brightest from around the world, and to supplement the US workforce with talented, highly-paid, and highly-skilled workers who help create jobs here in America, not replace them," said Lofgren.

"It offers a market-based solution that gives priority to those companies willing to pay the most. This ensures American employers have access to the talent they need, while removing incentives for companies to undercut American wages and outsource jobs," he said.
Lofgren said it removes the 'per country' cap for employment-based immigrant visas so that all workers are treated more fairly and to move to a system where employers hire the most skilled workers without regard to national origin.

It raises the salary level at which H1B dependent employer are exempt from attestation requirements to a new required wage level of 35 percentile points above the median national annual wage for Computer and Mathematical Occupations published by the Department of Labour Occupational Employment Statistics (roughly $132,000), which would be adjusted in the future without the need for new legislation, and eliminates the Master’s Degree exemption for dependent employers.

The legislation sets aside 20% of the annually allocated H1B visas for small and start-up employers (50 or fewer employers) to ensure small businesses have an opportunity to compete for high-skilled workers, while still protecting against outsourcing.

It among other things removes visa hurdles for students and other temporary visa holders by building a bridge from F-1 student status to Lawful Permanent Residence and removes paperwork burdens by streamlining H1B filing requirements and reducing administrative costs.

The legislation tightens employee protection by stipulating that employers may not reduce beneficiary wages, regardless of whether the deduction is in accordance with a voluntary authorisation by the employee.

It makes exceptions for taxes, garnishments, and deductions that are reasonable and customary in the occupation.

In a related development, Senator Sherrod Brown has announced to introduce H1B and L1 Visa Reform Act in the Senate, which he said would close loopholes in the H1B and L1 visa programs and provide increased protections for both American workers and visa holders.

"We need to crack down on the fraud and abuse that allows corporations to avoid paying Americans fair wages and exploit foreign workers," said Brown.

"During his campaign, President Trump promised to increase oversight of our H1B and L1 visa programs and reform starts with this bipartisan legislation to ensure that American businesses are giving American workers a fair shot at good-paying jobs," he said.


The bill would require that employers first offer a vacant position to an equally or better qualified American worker before seeking an H1B or L1 visa holder.

Under the H1B and L1 Visa Reform, the Department of Labor (DOL) and the Department of Homeland Security (DHS) would have additional oversight authority to investigate fraud and abuse as well as to increase penalties for companies that violate the bill's requirements.

The bill also requires DOL and DHS to share information so that visa petitions are effectively scrutinised.

​New Delhi: A key Indo-American business body has favoured early visit by Prime Minister Narendra Modi to the US to help iron out issues with President Donald Trump on tightening of visa rules that impacts over $100-billion Indian technology industry.

N V Srinivasan, National President, Indo-American Chamber of Commerce (IACC), said it is "right time for India and the US to clear misconceptions and erroneous inferences" voiced in various quarters about loss of jobs in the US on account of granting of H-1B visas to Indian skilled workers.

"The reports emanating from the US suggest that the visa rules may be further tightened. Already, the decision of the US to suspend priority processing of H-1B visas is affecting the Indian industry," he said.

"Coupled with this, there are reports that further stringent measures are on the anvil. An amicable solution to such vexatious issues will require consultations at the highest level between Prime Minister Narendra Modi and President Trump."

Moreover, he said, the contribution of Indian workers has to be seen against their role in scripting technological changes in the US economy.

Some of the H-1 B visa holders are into high-end innovation technology development, aiding US corporations to shore up the technological edge.

"To categorise these brilliant minds imbued with a passion to work 24/7 as mere workers is an anachronism and a nation like the US, which embarks on meritocracy more than any other country, visa regulations for technical people sound like a paradox," said the IACC president.

Quoting a report by the US Chamber of Commerce, Srinivasan debunked the notion that H-1B visa holders are replacing American workers.

"One can understand such emotive issues getting flashed up during the election times - as it happened even earlier - but such rhetoric had died down after the elections. The present controversy should also make a silent retreat," he said.

Srinivasan observed that another factor that is relatively unknown is 50 percent of the H-1B visas and intra company transfer visas (L1) are granted to Indian professionals and students passing out from US universities. 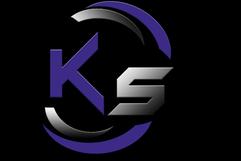 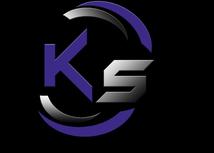